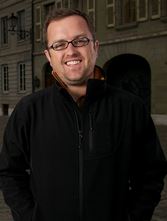 Adam started his career at Paramount Pictures in the creative affairs office in 1994. Through this experience he decided to make a career of entertaining people. While working full-time in the industry, he studied business management at UVU and BYU. Upon graduation, he started Go Films with Ryan Little. Go Films’ first feature, Saints and Soldiers, drew attention and praise of critics and audiences alike, winning best picture in over fourteen film festivals around the world and nominated twice for the coveted Independent Spirit Awards. Adam’s award-winning career continued with Outlaw Trail, which won a Crystal Heart at the Heartland Film Festival in Indianapolis, and Forever Strong, which won a Truly Moving Picture Award. Saints and Soldiers: Airborne Creed, was released worldwide in Fall 2012. Saints and Soldiers: The Void is expected to debut worldwide Summer 2014. In addition to his feature film endeavors, Adam produces television commercials and documentaries for clients around the world. He was the original producer of the “I’m A Mormon” campaign launch for the Church. He and his wife Amber are the parents of five children. They live in American Fork, Utah.

How did you get started in film?

While attending a small performing and fine arts high school, I participated in a performance tour to Disneyland and Magic Mountain. We visited Paramount Pictures as part of the tour. The director of our school had a son who worked there and showed us around the lot. While there, I had a thought to send a resume to him and see if he could shop it around. When I returned home, I did just that. He was kind enough to shop it around to various people on the lot. Felix Cisneros at the time was manager of information for the creative group at Paramount. Felix was given an opportunity at seventeen years old at Disney, and he decided to pay it forward. I was initially offered an unpaid internship and after one month they hired me on.

I always knew I wanted to produce, and I believed a solid understanding of business would serve me well in that effort. I worked as a full-time freelancer during my undergraduate studies at UVU and BYU. I was able to associate with many of the film department students for both schools. It was during the freelance days that Ryan Little and I met. We developed a friendship, I became a fan of his work, and we ended up partnering in Go Films.

During your freelance career you worked on many types of projects and held many positions including production assistant, first assistant director, location manager, second unit directing, and unit production manager. Having experience in so many areas of filmmaking, what made you decide to be a producer?

I think that no matter the position you want to work in this industry, your career is served well by working your way up. Having an understanding of the production department and the various roles in it helps me in my producing. Producing requires an understanding of every aspect of development through distribution and exhibition. I am motivated to be very hands-on in each aspect of the filmmaking process because of my career roots and upbringing.

Producing is usually referred to as a “hit-the-ground-running” position. Few people realize how crucial a producer is in getting a film made. Will you share what exactly you do as a film producer, and maybe dispel some of the misconceptions about your occupation? Is there anything you know now that you wish you had known in the beginning?

When asked what a producer does, I usually answer with “a producer is like a construction general contractor. He is ultimately responsible for the finished product and to those investing in it.” Sadly, the title of producer at times is just given to someone because of something they brought to the project. A true producer is responsible for “producing” from the initial idea to completion of the endeavor.

You and Ryan Little launched Go Films, a production company, in 2002. How did that come about? What are your goals for the company?

Go Films came about when Ryan and I decided to make Saints and Soldiers. We wanted to have a legal structure to make the film as well as a branded entity the public/audience would know and trust. Our goals have always been to uplift, inspire, and entertain our audience.

Saints and Soldiers has become a brand. What is branding and brand marketing?

I am no expert, but a brand, to me, is something where when I see it, I understand quickly what I am going to get. We never set out to make Saints and Soldiers a brand. It did that on its own due to our fans. Once it was established as a worldwide brand, we decided it would be more valuable to associate our next war films with the brand in an effort to reduce the risk for investors. Saints and Soldiers: Airborne Creed was our first attempt to try our hypothesis. It worked very well. Now we are finishing Saints and Soldiers: The Void and are hopeful to see success again.

Movies aren’t simply a creative endeavor; they are a business too. What is the difference between domestic and foreign markets? And in the creation process, what are some of the decisions you’ve had to make in order to appeal to either or both markets?

We were lucky to have our first film succeed not only domestically but also internationally. It was in seeing this success and consulting with various distributors (internationally and domestically) that we determined which things work for both markets. There are many things that work in both markets that we won’t do. Some things just work better for one market and not the other. Where the twain meet and align with our values is where we spend our efforts in creatively developing things.

How does the gospel influence your filmmaking? And as a creative producer, how important is it to you to incorporate a religious/spiritual aspect into your projects?

My faith certainly influences my work. I believe we are indeed God’s children. As such, there are universal truths that resonate with our spirits. I like exploring the human experience in our work. I believe it makes for a more related product. Themes of redemption, hope, kindness, charity, forgiveness, and love cross cultural boundaries.

How do you think Mormon film is doing? And what do you hope to see with it in the future?

The MPAU is a great organization for Utah filmmakers. It has played a major role in lobbying for the tax incentive now available in the state. I am glad to participate on the board. If you want to support the Utah film industry, please become a member.

What are your current projects? Do you have anything fun coming up next? 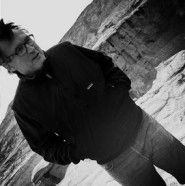 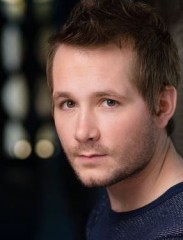 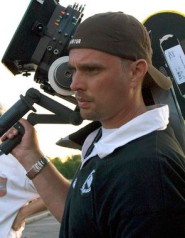